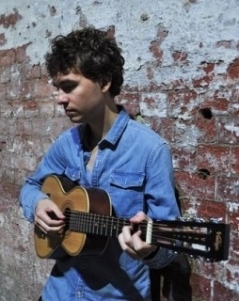 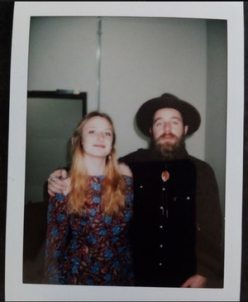 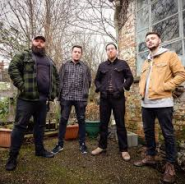 With performances at the Black Deer and Cambridge Folk Festivals already under their belt, and a showcase at SXSW in Austin Texas, Darren Eedens & the Slim Pickin’s are creating a big buzz on the UK Americana scene. Able to whip you into a frenzy with some lightning banjo picking before flooring you with a heartbreaking ballad of lost love, this is a band you won’t forget in a hurry.

Returning once again following a brilliant set at Halfway to Seventy-Five 2016 and at our inaugural Christmas Jamboree later the same year, Hannah Johnson and the Broken Hearts continue to set the standard for traditional country & western swing in the UK. But don’t just take our word for it – Hannah has been lauded as “a fine talent…right up there with anything from the States,” while none other than the great Ronnie Wood says “Hannah is a real talent who deserves to do well…Highly recommended”.

The genesis of Seafoam Green followed a chance meeting between Liverpudlian singer-songwriter Dave O’Grady and Rich Robinson of the Black Crowes during recording sessions in Nashville. O’Grady was invited by Robinson to open his US and European tour dates and soon the pair began writing and recording in earnest, leading to their collaboration on the stunning debut album ‘Topanga Mansion’. We immediately fell in love with the album when we heard it and it’s been an ambition to invite Seafoam Green to Halfway to Seventy-Five ever since.

Katy Hurt is a young UK country artist who we think is destined for big things. And we’re not the only ones – Radio 2’s Paul Sexton calls her “one of the most exciting prospects on the burgeoning British country scene”. Performing live since the age of 14, and still only just into her 20s, Katy was born to be a singer – her first studio recording was at Sun Studios in Memphis!

Prepare to be wowed by a genuinely exciting talent in the world of country music, and like our 2014 guests Ward Thomas – remember where you heard her first… 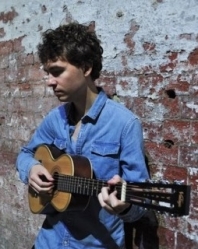 Jack Blackman is fast developing into one of the most accomplished and exciting young performers on the UK roots scene. His guitar playing has been described as ‘exceptional’ by Bob Harris, and he’s performed his songs as far afield as the Mississippi Delta. Having cut his teeth in his teens trading licks with the likes of Paul Jones and The Blues Band, and more recently with Tony Joe White, Jack is no stranger to the traditions of blues & folk. On his latest album he fuses these styles with a voice that has been described as sounding “older and more careworn than his tender years should allow” (Acoustic Magazine)

90-proof Americana with a Tennessee blend. The Holy Fools feature original songs with deep traditional roots and a modern sensibility: new wine in old wineskins. Taste it for yourself as the Fools return following a storming set at Halfway to Seventy-Five 2018.

Oxford’s very own honky-tonkers the Prairie Clams play both kinds of music – country and western! And boy, do they do it well. The Prairie Clams celebrate classic American country from the forties onwards, refreshing the genre with their imaginative original arrangements, flawless harmonies and impeccable musicianship.

The Scott Gordon Band play rockin’, slidin’, stompin’, strumblin’, pickin’ original blues, folk and Ulster Americana. What does that mean? Well you’ll just have to check it out for yourself…