The Halfway to Seventy-Five Christmas Jamboree is back with a stocking full of fabulous music and festive fun!

This year, our Christmas Jamboree will take over the Isis Farmhouse and alongside the fantastic music we’ll be offering plenty of festive food & drink. We’ll once again welcome back Al Ryan’s Swingtet and this time our special guest comes all the way from the USA – the fantastic Jake la Botz. 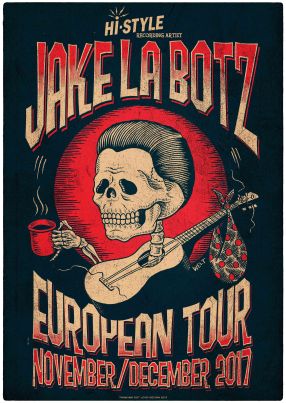 films) with a gritty, life-worn delivery, Jake la Botz is the real deal. According to Popmatters, La Botz “has one of those deep, whiskey-soaked voices that emerge from time spent on the margins of society.” And what a time he has spent there. A teen renegade running the streets of Chicago, he learnt his trade hanging with the likes of David ‘Honeyboy’ Edwards and Homesick James, discovering a kinship through music.

Moving to California to escape drug addiction, he wound up finding Hollywood and a friendship with Steve Buscemi, who says of his friend “he’s created a sound and style that is original and yet instantly familiar.” Now resident in Nashville, he’s picked up a whole new raft of admirers including JD McPherson.
Visiting the Halfway to Seventy-Five Christmas Jamboree as part of a European tour in support of his acclaimed new album ‘Sunnyside’, this is a musician not to be missed. But don’t just take our word for it – see for yourself here. 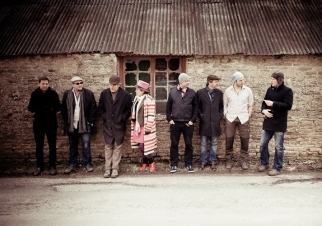 ake la Botz and Al Ryan’s Swingtet will be the brilliant Knights of Mentis. After wowing the soaking crowd at our summer gathering (we’ll be indoors and warm for the Jamboree so no worries this time around!), they’re back to roast your chestnuts, pull out some crackers and any number of other Christmas clichés… One thing is for certain – their mix of Americana, country, folk, and roots, played in virtuoso style with no small measure of humour is certain to get the festivities going and the dancefloor filled.

Add to all of that a host of vintage Christmas tunes, and a cool yule is guaranteed!